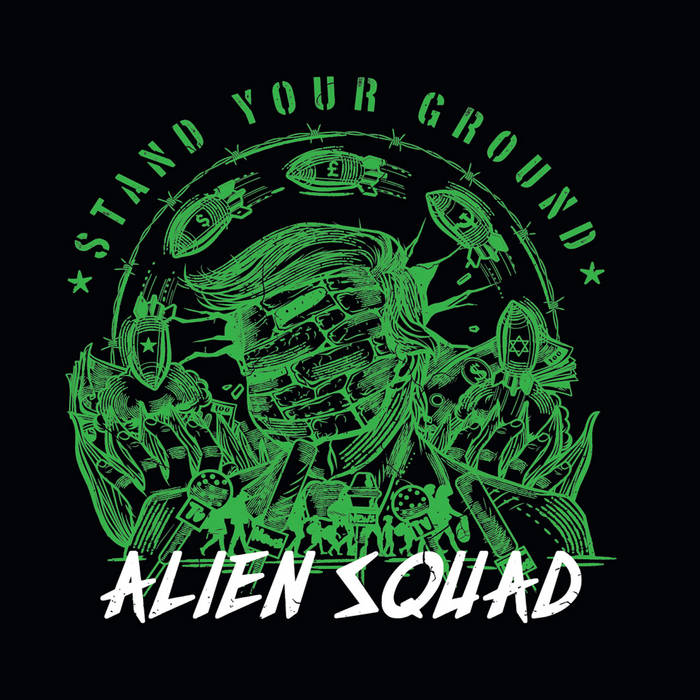 DJ Dissident I have loved this band for years since buying the 'Order not government' CD on a whim from a Spanish distro based on the 'thrashcore' label, then picking up the other two, which are punkier but just as cool.
It would be great to see these guys live in Spain when all this virus bollocks passes.
Sons of a switch!

With 28 years of existence, ALIEN SQUAD is the longest-running original band on the Leiria (Portugal) music scene and one of the oldest in the punk / hardcore / thrash scene. ALIEN SQUAD is a true institution and one of the most influential and respected bands within the medium where they move.

About Alien Squad infuences
Our main influences then were in fact the same of the present day. The second British punk wave. Bands like: “G.B.H.”, “Discharge”, “The Exploited”, “One Way System”, “Oi Polloi”, “U.K. Subs”, “Conflict”, ”Antisect”, “Crass” (alright, some of these are from the first wave), “The Ruts”, “Chaos U.K.”, and many others (they’re too many to mention all, of course). Not only English bands; one very good example is the German punk outfit “D.B.F.”, an extraordinary musical collective not just for the music but also for their good lyrics. A huge influence, at least for me, and unfortunately known just for a few. And they deserved a lot more… But it doesn’t stop here. The “Crossover” bands like “D.R.I.”, “Agnostic Front”, “Gang Green”, “Adrenalin O.D.”, “Rostok Vampires”, along with the thrashers of the 80’s, such as “Destruction”, “Tankard”, “Slayer”, etc., were deep influences to us. Thrash riffs were always in our sound since the first steps. In fact, my favourite musician is a thrasher (just a curiosity). Jeff Waters, lead guitarist, composer and producer from the Canadian (greatest) band “Annihilator”.

About "Stand Your Ground"
Fourteen years passed since the release of “Order Not Government “, our third album. We finally managed to get this Alien sonic fourth incoming out, brewed upon old tracks and more recent songs, covering a timeline from 1988 to... let's say four or five years ago (with the exception of “Whereabouts Unknown”, aged 2).
Three songs on this album were brought to life by the original line-up, in our very first years as a band, during the “Alien Spider Webs “period.

I'm really glad we finally got to record our first original one, the “Raging Boys Transformation” (last track on this round device), something we never done before and never performed on a live act, either.
That said, i personally feel that this Anti Educational System Lullaby should be dedicated to those early members of the collective of alienation “Social Club”: Luis Moura, Paulo Pessanha and Pedro Serra (aka “Cabunje”), with whom i shared the early days of sonic terrorism and the transition from the eighties to the nineties, with shiteloads of stories of madness and booze to tell.
A very special thanx to our dearest friend Cláudio, who spent over 23 years shouting ‘n’ screaming with us (we are still waiting).
Well, 'nuff said for now. Hope you fancy it, play it loud enough to make an empire crumble,and see 'ya all at the gigs!