A long way to nowhere + Streets of London (Remastered) 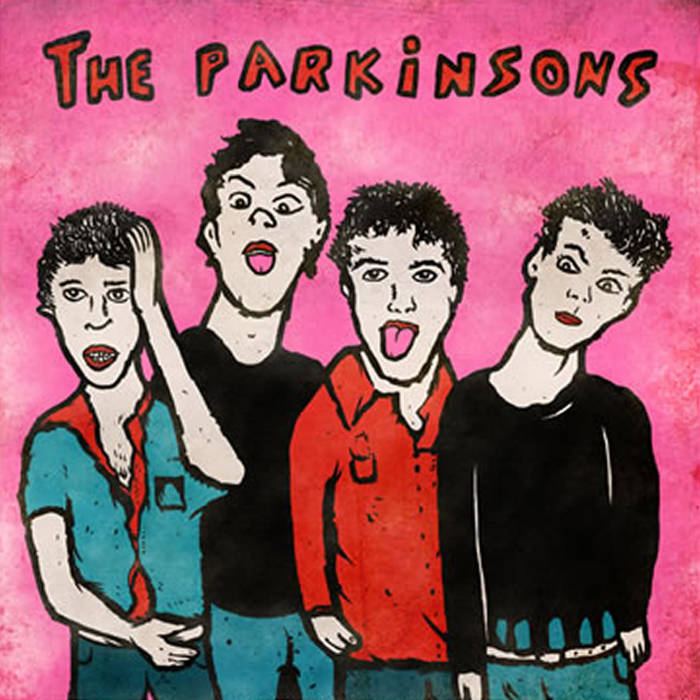 London. The dawn of the new Millenium. The Britpop party is over and the UK music scene is suffering from a severe hangover. The promise that "Things Can Only Get Better" now seems like a distant dream. Then, as if from nowhere, The Parkinsons burst onto the scene and give the music business a shot in the arm and a kick up the arse.

Singer Afonso, guitarist Victor, and bassist Pedro, met in their home town of Coimbra, Portugal - land of Catholicism and boredom. Relocating to London, in search of adventure, they teamed up with fiery Scottish drummer Chris Low.

They swiftly built a reputation for chaos, revealing their penchant for getting naked on stage and attempting to abuse anyone or anything that refused to worship at their altar of rock'n'roll damnation. In the shadows, The Libertines and Razorlight were taking notes.

Contributing new stamina to punk rock's late-'90s revival, the Portuguese squad the Parkinsons eventually became the sweeties of most of the British press -- a press that did not hesitate to name the band as one of the "next big thing[s]." However, and before all the hype,the band's roots started to develop in the beginning of the '90s, when guitarist Victor Torpedo and bassist Pedro Chau managed to secure a record deal with U.S.-based Elevator Music for their band, the Tedio Boys. After recording one album for the label and playing several tours across the States, the crew decided to relocate to London to search for the ultimate punk inspiration alongside singer Afonso Pinto. In London, the group were then joined by Scottish drummer Chris Low, formerly of the Apostles. It was not long before the Portuguese/Scottish band became better known for their raving and delirious live performances, propelling them to the music media's front pages. In 2002, the group recorded their first record, the EP A Long Way to Nowhere released trough the Fierce Panda record label, which invited exciting reviews from the media, and even more exposure within the Brit alternative music scene. In August of that same year, the Parkinsons offered yet another recording: the single Streets of London.

This is a historic release for Rastilho Records, the biggest independent record label in Portugal. They love The Parkinsons, they always loved The Parkinsons!